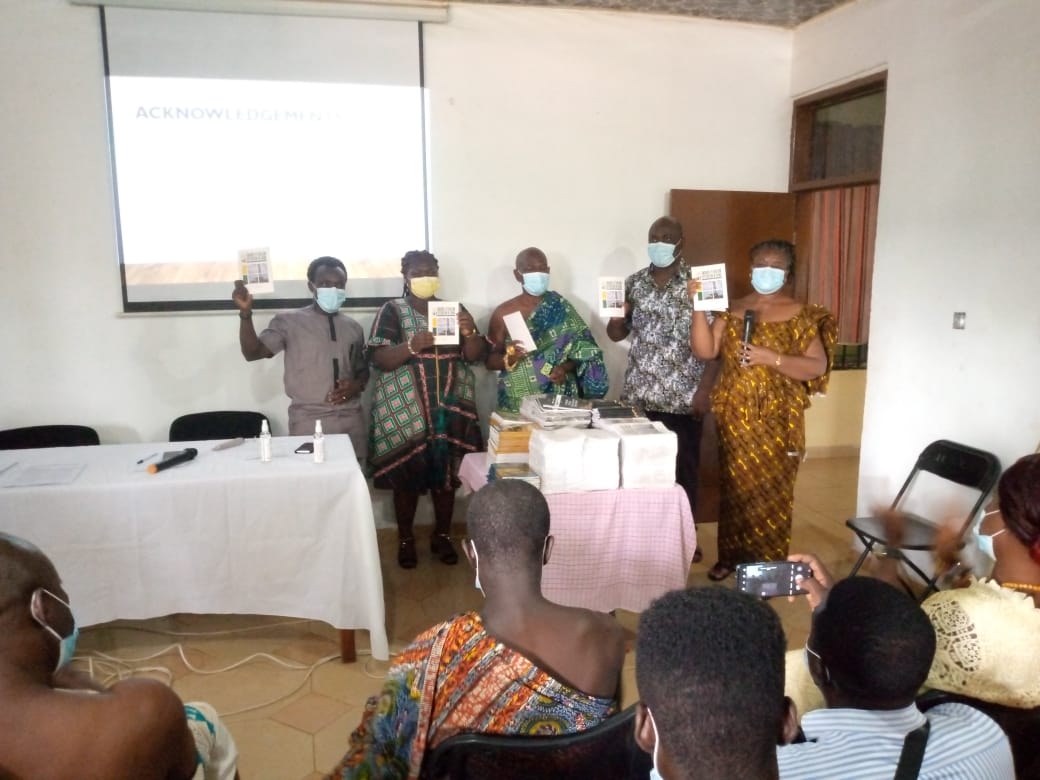 Residents of some communities in the Bono East region are deeply worried about the poor nature of engagements with the Ghana National Petroleum Corporation (GNPC) and its agents in undertaking exploration activities in the area.

They are therefore calling on the authorities to reconsider the “autocratic” style being adopted by the state institution in an attempt to exploit the oil deposits in the area.

This came to light during the launch of a study on “Onshore Petroleum Exploration in Ghana: The rights of communities” at Nkoranza in the Bono East region.

The sampling areas of the study, which fall within the large and resource-rich Voltaian basin, were Nkoranza South Municipality, Nkoranza North and Atebubu-Amantin districts.

The residents are asking the government and all stakeholders to take a second look at the way exploration activities are carried out by players in the extractive sector to ensure that the local people and the nation at large derive maximum benefits from the sector.

“When we were introduced to a group of persons purported to be staff of the GNPC and have been dispatched to the Kintampo area to undertake oil exploration activities, they only told us about the benefits we stand to gain from their activities but never said anything about the dangers and problems associated with what they were coming here to do”, said Nana Owusu Pinkrah, the Krontihene of Kintampo told our reporter.

“When we asked them probing questions, they said they were only an advanced team and that there would be another team which will later come over to engage with us but in a few days afterward, they unilaterally destroyed people’s lands and farms and undertook some oil exploration activities without any serious discussions and prior approval by the local people” he added.

Other community members at the programme observed that oil exploration in the Third World countries has not been of any benefit to the people of such areas “as we usually lose out while those big companies engaged in the business are the ones which end up enriching themselves at the expense of us.”

Mrs. Hannah Owusu-Koranteng, the Associate Executive Director of WACAM observed that it had become a common spectacle to see communities located in areas rich in natural resources such as gold and oil made poorer through the exploration of their natural wealth for the rich countries to become richer.

“It is a zero-sum game where the poor countries become poorer for the rich countries to be richer. At the bottom of this unfair and inequitable economic arrangement lie the communities who through no fault of theirs are located on the natural wealth”, she added.

Mrs. Owusu-Koranteng said WACAM has enough experience from its advocacy work to speak on the matter of how exploitation of gold had led to many problems including but not limited to pollution of rivers and water bodies, destruction of livelihoods of host communities, gross human rights abuse as well as physical and economic displacement of mining communities, among several others.

According to the study, the low level of participation of the communities on the decisions of the exploration and the conditions under which it is undertaken in the districts is directly against the principle of self-determination as espoused in the first article of both International Covenant on Civil and Political Rights and the International Covenant on Economic, Social and Cultural Rights.

It added that by virtue of the right to self-determination, people should freely pursue their economic, social and cultural development.