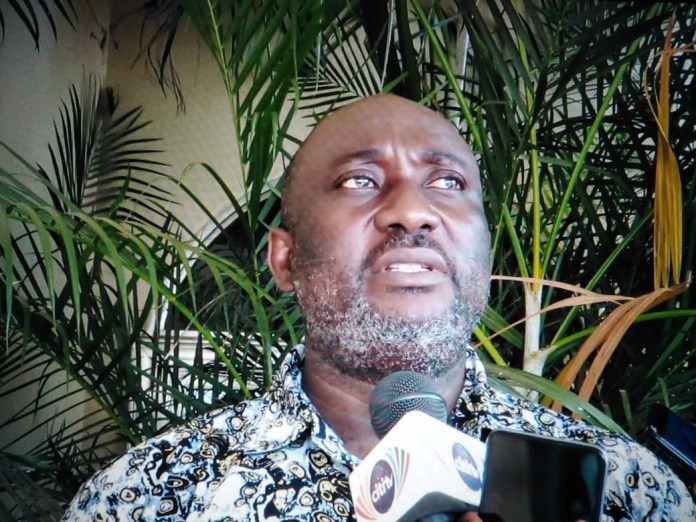 Amid the increasing global energy transition campaign, it has become imperative for captains of the country’s energy industry to rethink onshore petroleum exploration and imminent extraction at the Voltarian Basin, a development researcher, Dr. Emmanuel Yamoah Tenkorang, has observed.

The dynamics of the global energy ecosystem, he noted, makes it prudent for authorities to pay critical attention to the sort of investments and other socioeconomic commitments into non-renewable energy projects like onshore petroleum so that the country will not lose out at the end.

There is a gradual shift across the world, particularly in industrialized countries from policies that have supported oil and gas production to policies that instead are starting to disincentivize fossil fuels, including carbon pricing and the European Union’s Emission Trading Scheme. In addition to disincentives, many governments are encouraging the use of substitute technology and fuel, especially renewable energy.

Despite the global paradigm shift in the energy landscape, Ghana continues to make huge investments in petroleum production including onshore exploration such as the Voltaian Basin Project. The Ghana National Petroleum Corporation (GNPC) began its exploration activities in the basin in 2015 for an initial five-year period with the Voltaian Basin Project (VBP) (2015-2019).  The Voltaian Basin occupies the central-eastern-northern parts of Ghana, covering about 103,600 square kilometer (about 40 percent of the total land mass of Ghana.)

He said: “As the country goes into the voltaian basin onshore exploration, we should pay attention to the fact that the petroleum market might not be viable in the next 10-20 years from now. If not, how will it affect our fortunes? We should place all these considerations against onshore exploration, in anticipation of that particular market and evaluate how worthy it is to invest in it.”

In an interview with B&FT, Dr. Tenkorang of the School for Development Studies, University of Cape Coast stated that besides the ‘dwindling economic fortunes’ of the petroleum industry, there are enormous challenges associated with onshore extraction, adding “there has been some traces of human violations including economic, environmental, health and social during the VBP exploration. We must therefore brace ourselves for bigger trials if we decide to embark on onshore oil and gas extraction in the near future.”

He was speaking on the sidelines of a launch of a report titled “Onshore Petroleum Exploration in Ghana: A Study on Community Rights” which took place at Nkoranza in the Bono East Region. The report was commissioned by WACAM, a civil society organization with funding support from the Ford Foundation.

The study sought to among other things investigate the level of participation of communities in the basin in the GNPC-led exploration, explore the extent to which social licence  has been granted to the GNPC and examine how well the principle of Free Prior Informed Consent (FPIC) has been sought. The sampled areas for the study were Nkoranza South and North as well as Atebubu-Amantin enclave in the Bono East Region.

The Associate Executive Director of WACAM, Mrs. Hannah Owusu-Koranteng, said it is important for managers of the country’s energy industry to examine similar happenings in other jurisdiction to ascertain whether or not it will be prudent to trigger onshore petroleum extraction, urging authorities not to over-concentrate on the potential rents alone but extend the analysis to cover the broader spectrum of the subject matter.

She observed that there is a tendency of causing food insecurity if authorities are not careful with VBP. The Voltaian Basin covers majority of the eastern part and portions of the middle belt; these area are within the food basket of the country and any destruction could jeopadise the agrarian-based economy and food security status of the country as well, she added.