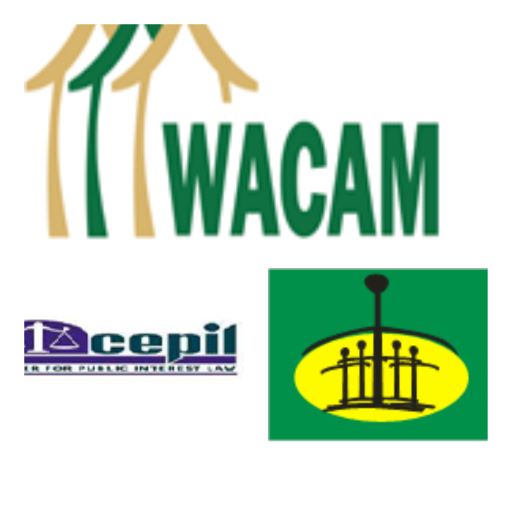 The earth plays multiple roles in our lives, including being a source of livelihood, protecting biodiversity and providing clean air for all. The Earth plays hosts to forests which cover 31% of total land area of the earth while at the same time supporting 80% of terrestrial biodiversity. Many of the world’s most threatened and endangered animals live within these forests, or underneath the earth crust making them crucial to sustaining ecosystems. Forests serve as home to more than 300 million people worldwide and other animal species. The earth provides many important natural resources such as timber, fuel, rubber, paper, medicinal plants and minerals. Forests also help to sustain the quality and availability of freshwater supplies. More than three quarters of the worlds’ accessible freshwater comes from forest catchments. Water quality declines with decreases in forest condition and cover, and increases the natural hazards such as floods, landslides, and soil erosion.

Some of the benefits from the forest are listed below:

Forests however, are facing major challenges as a result of the rate at which forest ecosystems are dwindling from human activities. Forests are referred to as “The Lungs of the Earth” for its ability to absorb pollutants. When the absorbing capacity of the forests are stretched beyond their limits then we have crisis on hand. Forests have the capacity to absorb nearly 20% of global greenhouse gas emissions. however, continued, and uncontrolled deforestation impacts global economies negatively. Therefore, it is worrying that 36 million acres of natural forest are lost each year. The UN General Assembly initiated the World Environment Day to be celebrated to protect the forest as an important legacy which must be passed on from the current generation to other generations after us. The World Environment Day gives us the opportunity to discuss the level of degradation of our forests through polluting activities such as mining and the need to preserve the integrity of our Forests as a precious legacy to be passed on to generations after us. Practices that destroy the integrity of the forest result in society losing its cultural values, natural protection and exposing forest resources to permanent damage.

The World Environment Day (WED) being celebrated this year is under the theme, ‘Only One Earth’. The theme is more appropriate given the fact that man-made activities have destroyed the very ecosystem and its services on which provide the foundation for human survival. It also re-echoes the fact that, we have only one earth without any substitute. In Ghana for example, the decline of biological resources has been evident at the turn of the century. It has been estimated that the total forest cover of Ghana has reduced from 88,000 km2 in 1938 to between 15,800 km2 and 17,200 km2 at present. A study by the World Bank (2002) has revealed that Populations of wildlife species within the savannah have dwindled as a result of increased human activities such as inappropriate farming practices, road construction, bush burning and deforestation. The reduction in forest cover has resulted in habitat loss which is important for the maintenance and protection of biological diversity.

Wacam, CEPIL and CEIA wish to use the occasion of the World Environment Day celebration to bring out some of the challenges facing our planet earth in terms of proper management, control of deforestation and degradation. Wacam, CEPIL and CEIA are unhappy that government is engaging in policy contradictions which violate national laws, visions and regulations anddemand that government should as a matter of urgency revoke the mining rights granted to all mining companies in the country that are mining in forest reserves of Ghana and to take a policy decision not to permit mining in forest reserves. For example, government has granted mining right to Newmont Ghana Gold Limited and SAVACEM respectively to mine gold in the Adjenua Bepo Forest Reserve and Limestone in the Yokumbra Forest Reserve near Buipe.

Again, government has de-classified large portions of Achimota Forest, the only green space to absorb the pollutants emanating from Urban Accra to private people to put up residential and other properties which have the tendency to affect the ecological integrity of the remaining forest reserve. The Achimota Forest Reserve was created in 1930s and should be allowed to serve the purpose for which it was created.

We further call on government to enforce its directives to stop granting exploration rights to companies in the country within protected areas. Mining in forest reserves contravenes certain provisions in the National Land Policy developed by the Ministry of Mines, Lands and Natural Resources in 1999. Section 4.5(a) of the National Land Policy states that, “To ensure the conservation of environmental quality, no land with primary forest cover will be cleared for the purpose of establishing a forest or tree crop plantation or mining activity”.

We wish to question the ability of mining companies to rehabilitate mined off reserves in accordance with best practices suitable for tropicalforests.

We call on government to halt attempts to de - gazette portions of Globally Significant Biodiversity Areas (GSBA) in the Western Region and other areas in general for logging.

We are of the belief that, when government halts its policy contradictory actions such as granting of permits to mine in forest reserves, de – gazetting of Globally Significant Biodiversity Areas, then the good initiatives of government to “Green Ghana Initiative” would be a reality.

We must regard our environment valuable treasure which we must use and preserve as important legacy for future generations. Collectively, we should work to derive the full benefits of our standing forests.