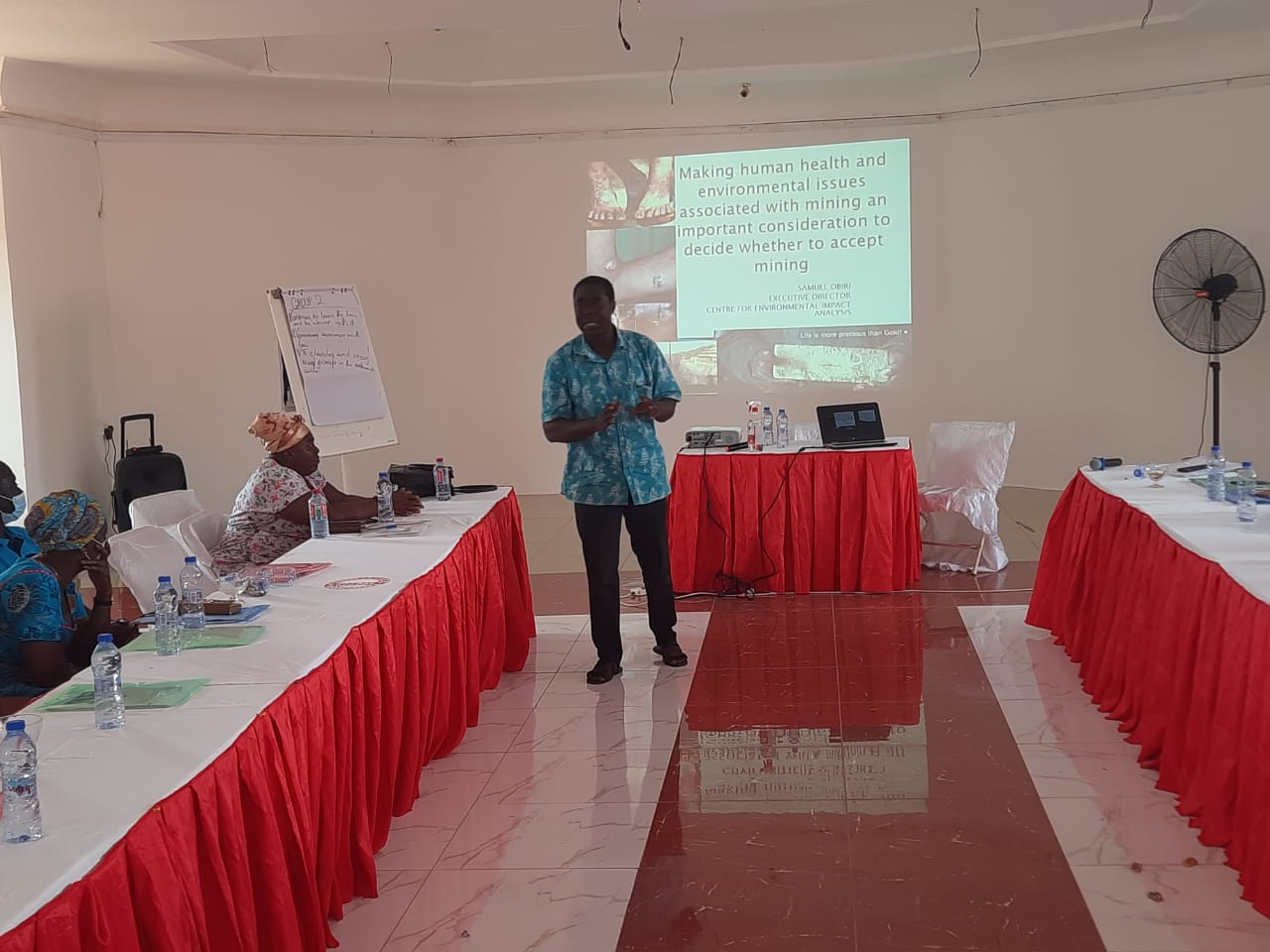 The Centre for Environmental Impact Analysis (CEIA) has cautioned residents in mining communities to carefully think about the health consequences of mining before giving their consent to any mining project.

This, the non-governmental organisation said, would help put in place measures to protect the health of community members against the health hazards of mining.

The Executive Director for CEIA, Dr. Samuel Obiri, gave the advice in a presentation dubbed: ‘Making Human Health and Environmental Issues Associated With Mining an Important Consideration to Decide Whether to Accept Mining’ during a two-day training on human rights for communities affected by mining.

The workshop, which was organised by Wacam in Bogoso in the Western Region, on Thursday, April 21, 2022, for communities affected by operations of Perseus Mining Ghana Limited (PMGL), brought together 35 community members.

The affected communities were Ayanfuri, Breman and Akrofuom—all in the Upper Denkyira West District of the Central Region.

According to Dr. Obiri, mining communities across the country continue to be plagued by diseases including yaws, diabetes, asthma, tuberculosis, skin cancer among other life-threatening diseases.

He attributed the prevalence of the above diseases in mining communities to environmental pollution as a result of the operations of mining companies.

He said these were often manifested through air and water pollution.

The pollution of water bodies in mining areas has come about because of the construction of tailings dam. And as a result, we have seen rivers such as Pra and Ankobra often polluted,” he noted.

He recounted that a baseline study by CEIA and Wacam in 2008 revealed that out of 160 streams/rivers in Obuasi mining area, 145 are polluted by the operations of mining companies and galamsey operators.
“Similarly, all the 117 rivers/streams in the Tarkwa mining area are perceived to be polluted by mining companies and galamsey operators,” he recalled.

For her part, the Associate Executive Director of Wacam, Mrs. Hannah Owusu-Koranteng, in a presentation on ‘Using FPIC and EIA to Address Climate Change,’ stressed that the Free Prior and Informed Consent (FPIC) was one of the effective tools to mitigate the effects on mining communities.

She said the FPIC principle allows for community participation in an impending mining project. The FPIC would create the countervailing power against the financial and lobbying power of the extractive companies,” she said.

She went on to indicate that it will minimise the quest of extractivism which overlooks the effects of climate change, adding that “the public has an important role to play.”

At the end of the programme, the participants expressed appreciation to Wacam and assured them that they will put to good use all that they have been taught.