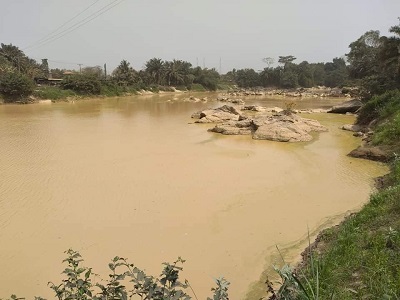 Ghana Not Safe Without Responsible Mining!

According to Mrs Hannah Owusu -Koranteng, the Associate Executive Director of Wacam, the mineral and mining laws that govern the sector have failed to serve the very purpose for which they were promulgated.

Giving an address at the opening of a two-day forum in Accra on the theme; "Achieving The Responsible Mining Goals: A Reality Or A Mirage?" she said the laws meant to safeguard lives and the environment have failed to protect lives, livelihood, flora and fauna.

Mrs Owusu-Koranteng made the observation on the first day of the forum organised by her outfit and supported by its partners including Oxfam, Ford Foundation, Care International, OSIWA and DKA Austria.She bemoaned, especially the inability of the minerals and mining laws, to protect Ghanaians.

According to her, the mining companies have used their economic and lobbying power to control negotiations of compensation with vulnerable farmers resulting in payments that do not reflect the long-term benefits of farming to people affected by the operations of multinational mining companies.

"Mining rather negatively affected important sectors of the economy such as agriculture which had provided economic sustenance for the majority of our people," she stated.

"...there is enough evidence in our country to support the fact that farming, especially cocoa farming, had supported agrarian communities in the education of many intellectuals we have in the country but had not enjoyed the protection of the numerous mining laws," she decried.

She could not understand why forests such as Kubi Forest Reserve and Ajenua Bepo Forest reserve that serve as source of many rivers and contain plants that are new to science have become a safe haven for surface mining. She, therefore, called for measures to immediately mitigate the challenges that have bedevilled the Ghanaian ecosystem.

She said the long-term effects of the overall destruction from mining activities could not be overemphasised.

Mrs Owusu-Koranteng also found it difficult to fathom why in the face of all the destruction caused by mining companies, the government continually gives what she termed "pampered treatment" with favourable tax incentives to mining companies whose level of destruction has had huge devastating effects over those that do not cause such level of effects.

"Honourable Chairman, mining companies enjoy tax incentives that deprive other important sectors of the economy revenues that are required for the development. A good example pertains to the maritime industry where revenues from taxes for the importation of mining equipment are zero rated as provided in section 29 of the Minerals Act (Act 703), 2006 which states that: the holder of a mineral right may be granted the following:(a) exemption from payment of customs import duty in respect of plant, machinery, equipment and accessories imported specifically and exclusively for the minerals operations.

“…(1)a person found guilty of an offence under this Act for which a penalty has not been provided is on summary conviction liable, on  first conviction to a penalty of a fine not more than the cedi equivalent of US$5,000," she said.

"Section 109 titled, "Penalty to be civil debt states, "Except otherwise provided in this Act, where a fine is imposed on a person under this Act or Regulation and there is failure to pay the fine, the amount shall be recoverable as civil debt owed to the state," she added.

She emphasised that the above examples showed the level of weaknesses of the mining and mineral laws which has been an indication of the strength of the mining lobby and inability to hold the mining companies to responsible mining practices.