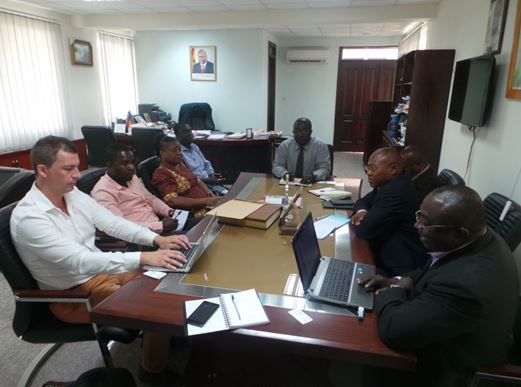 A group of Civil Society Organisations comprising Wacam, CARE Ghana, Kasa,Centre for Public Interest Law and Centre for Environmental Impact Analysis have engaged the Minerals Commission on a draft sample bill developed by Wacam to influence reforms in existing Minerals and Mining Act, Act 703.The development of the bill started in 2014 through a collaboration betweenWacam and CEPIL, with support from OxfamIBIS Ghana, Care Ghana and Ford Foundation. The intention was to drafta sample bill to reflect the harmonisation and guiding principles and policies in the ECOWASMining Directives.

In 2009 Ghana signed onto and gazetted the ECOWAS Mining Directives and had until April 2014 to demonstrate its commitment to internalising the directives in the current mining law. However this period has elapsed but the existing law still falls short of major provisions such as the Polluter Pays Principle and Free Prior and Informed Consent which can help minimise the numerous conflicts associated with mineral extraction in host communities.Wacam and CEPIL therefore initiated the sample bill in recognition of the limitations that still exist in the current law and which hinder the country from maximising benefits from mineral exploitation.

The meeting, which was held at the premises of Minerals Commission, was chaired by the Chief Executive Officer of the Commission, Dr Tony Aubyn.Present at the meeting wereofficials of the commission including Mr Afedzi, Head of Legal Department and thePublic Relations Officer, Mr Isaac Abraham.Lawyer Augustine Niber of Centre for Public Interest Law led the CSOs in presenting some of the provisions in the sample bill.He highlighted the need to invest minerals inthe state rather than the president, theparticipationof affected communities through the adoption of Free Prior and Informed Principle and the setting up of a Minerals Advisory Board togrant mineral licenses rather than it being among sole powers of the minister.

The meeting concluded with the commission committing to study the provisions in the sample bill and calling on the group to makefurther deliberations in the first quarter of 2016.