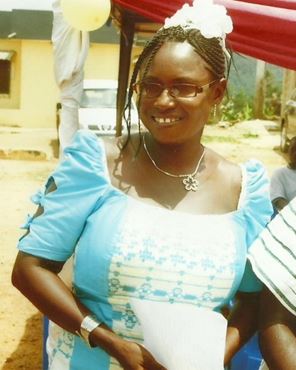 Joana Manu, a gender activist in Wacam, has retained her seat as assembly member for PresteaDumasi electoral area with an overwhelming margin of more than nine hundred votes. She won her first election with a vote difference of about two hundred and has managed to widen the gap this time around due to the trust she has gained from the people and her track record in delivering on the job.

She said, “I wanted to impress my people so that they would understand that we women are more than capable in holding leadership positions.” Nonetheless, Joana’s successes did not come cheap, she had to double up her steps to win the confidence of the people since she was the first female assembly member in the area.

The involvement of women in decision making is gradually increasing and gaining a wider acceptance among people in mining areas in Ghana. This new development is by dint of hard work. In mining communities where people favour traditional ways of doing things, it is more difficult for women to occupy any key leadership positions. Women are mostly seen to be second to men and were not allowed to take part in any major decisions in the community. In most communities affected by mining, women are mostly involved in farming activities but when there are an issues of compensation as a result of mining activities, negotiations are rather brokered by the men who are paid the compensations. This used to be the story of Joana Manu and many other women who lived in mining communities.

PresteaDumasi is a mining community in the western part of Ghana. The community has been mined by three different mining companies in the past. The first mining company was the Canadian Bogoso Resource Ltd which later handed over to Barrington Gold Ltd. Today, Bogoso Gold Ltd is the company operating in the community. The activities of the mining company polluted the community’s main source of drinking water and this made it very difficult for the community people to cope with life. The other challenge was the impact of blasting which was too close to the community and was also creating cracks in buildings. The community got agitated and invited Wacam to support them in their struggle. Wacam honoured the invitation and then used the opportunity to mobilise and sensitise the community people on their rights. It was through this engagement that Joana, who had a strong conviction to help her community, joined Wacam.