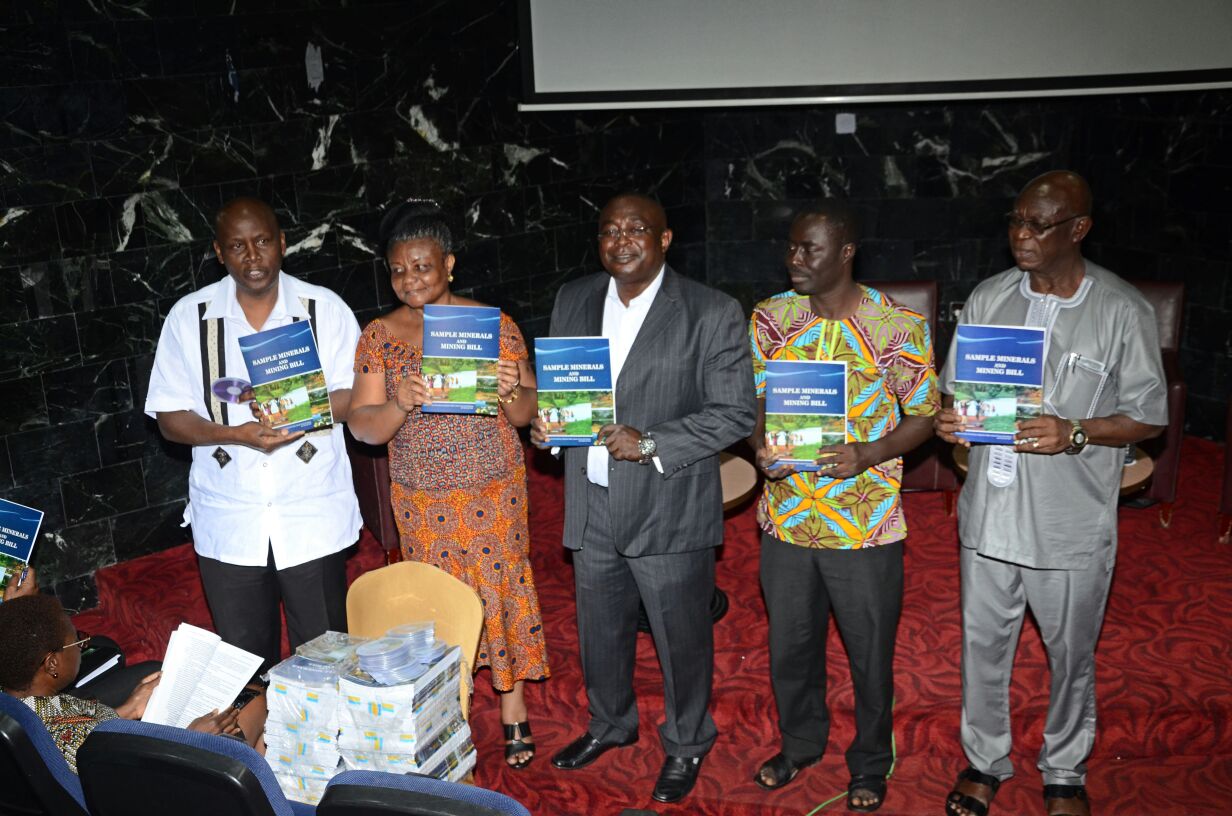 A proposed Minerals and Mining Bill that addresses the challenges in the mining sector has been launched in Accra.

The bill seeks to fill the gaps in the current Minerals and Mining Act of 2006 which falls short of the Economic Community of West Africa (ECOWAS) directive for the harmonisation of guidelines and principles in the mining sector for member states.

The proposed bill, which was launched by Wacam, a non-governmental organisation (NGO), with support from the Centre for Public Interest Law (CPIL) last Tuesday, highlighted issues relating to compulsory acquisition of land, land rights of local communities, environmental protection obligations and the penalty regimes for operators in the mining sector.

Explaining the details of the bill, the Associate Executive Director of Wacam, Mrs Hannah Owusu-Koranteng, said the current Minerals and Mining Act, (Act 703) of 2006 failed to make provision for “no go zones” to protect communities, forest resources and important national landmarks.

”The Act has no provision relating to the protection of the environment and defers same to other laws that are inadequate. For instance, the act is silent on cyanide spillage and chemical pollution of water bodies, making it difficult to hold mining companies accountable,” she added.

She further stated that the current act did not make adequate provision for engagement of local communities before their lands are given out to mining companies, a situation, she said was a gross infringement on the right of the local communities.

Mrs Owusu-Koranteng observed that there was the need for the Mineral and Mines Act of 2006 to be reviewed to conform with the ECOWAS Directive of 2009 and the national constitution so that the challenges local communities faced could be addressed.

“The indiscriminate mining activities of mining companies have left many people in abject poverty because some of them lost their farmlands, houses and other sources of livelihood. Water sources in those communities have been polluted while majority of the residents have become victims of chronic diseases. They are always at a disadvantage because compensations to them are either never paid or too paltry,” she added.

In that regard, she observed that when the proposed bill was passed into law, the rights of residents in mining communities would be protected, while profit to the state would also be maximised.