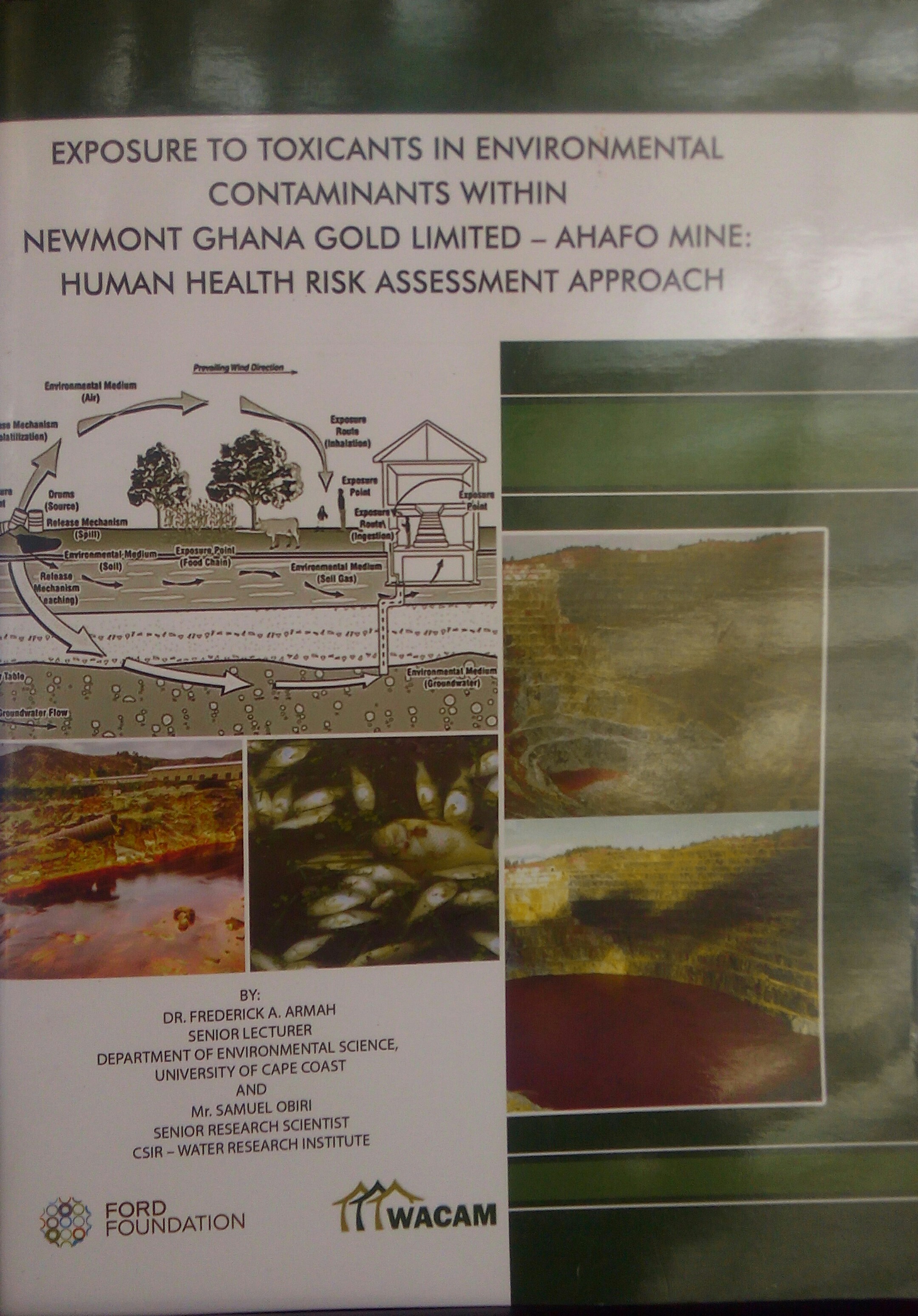 The Institute of Development Studies at the University of Cape Coast, in  collaboration with Wacam, a non-governmental organisation, have launched two reports on the adverse effects of the operations of Newmont Ghana Gold Limited on the lives of people living around the mine in the Asutifi North District of the Brong Ahafo Region.

The reports, titled ‘Assessing the Social and Economic Effects of Mining on Women Affected by Newmont Ghana Gold’s Operations” and “Exposure to Toxicants in Environmental Contaminants Within Newmont Ghana Gold Limited – Ahafo Mine: Human Health Risk Assessment Approach” were put together after a research work was carried out last year with financial support by the Ford Foundation.

Among others, he research work assessed the social, economic, environmental and health implications of Newmont’s operations on the people.

At the launch of the reports at Kenyasi, Emmanuel Yamoah Tenkorang of UCC’s Institute of Development Studies said food production in the Asutifi North District, according to their research findings, had declined considerably in the last few years as a result of the mining activities by Newmont’s Ahafo Mine.

“Most farmlands which were used by the local people for farming have been taken over by the mining giant; thereby reducing he land-size used for farming – a situation that has led to considerable decrease of food production in the area,” he explained.

According to him, access to land for farming constituted the most significant effect on the women with 67.8% to 90% of respondents reporting of loss of land. The significance of these losses on the lives of people who are predominantly farmers was the reduction in the production of three most important food crops in the district: cassava, yam and plantain, pushing their prices up.”

“The local economy had generally become more expensive as women had to buy most of the things they survived on before mining which, hitherto, they obtained freely from nature or their farms. People had to pay for water as they either had no access to streams again or that the streams were polluted and were therefore not wholesome for consumption”, part of the report on “Assessing the Social and Economic Effects of Mining on Women Affected by Newmont Ghana Gold’s Operations” reads.

The report quotes a woman from Kenyasi as saying that “since most farmers have been rendered jobless, the demand for farm produce from the remaining few farmers is high, leading to an increase in prices of food produced.”

Another woman, from Tutuka, one of the affected communities, also explains in the report that “due to the perception that there is a lot of money in places where gold mining activities are on-going, people inflate the prices of goods and services.”

The report states that “only a few who live in the mining area have been employed by the Newmont or its allied service companies and so the price hikes created a lot of financial difficulties for most of the women in the district.”

The other report on the “Exposure to Toxicants in Environmental Contaminants Within Newmont Ghana Gold Limited – Ahafo Mine: Human Health Risk Assessment Approach” examined a total of 70 water and 30 sediment samples collected from surface water bodies in the Asutifi North district.

“The pollution of water bodies in the study area has serious impact on the lives of women who lived in the area. This is due to the fact that they would have to walk long distances to look for clean drinking water for their domestic chores. Similarly, the results of the elevated cancer and non-cancer health risks faced by resident adults and children in the study area would put a lot of burden on women who usually take care of the sick in society”, the report echoed.

It further said “the results from the study revealed that pollution of some water bodies in the area can be attributed to uncontrolled cyanide spillages and acid mine drainage.”

For her part, the Associate Executive Director of WACAM, Hanna Owusu-Koranteng, said her organisation had been working in Kenyasi for over 16 years and had conducted a baseline study on the socio-economic and environmental situation of the area even before Newmont began its operations there.

She said WACAM would continue to advance the cause of people living in mining areas.