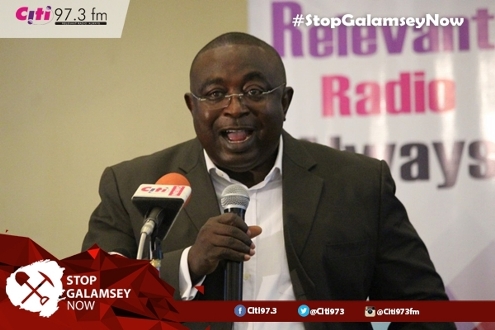 A civil society group, Center for Public Interest Law (CEPIL) is advocating for agencies in charge of mining activities to be given the power to prosecute offenders of mining laws in Ghana.

According to CEPIL, such powers were taken from the sector agencies when a new law – Minerals and Mining Act 2006 (703) was enacted to repeal a previous law introduced under the PNDC regime.

While speaking at a forum organized by WACAM in collaboration with Citi FM and Tropenbos Ghana, the Executive Director of CEPIL, Augustine Niber also called for the review of mining laws to eliminate the conflicting roles of sector agencies.

There are a number of Ministries and government agencies currently supervising activities that border on the environment in Ghana.

“…If we want to sustain the fight against irresponsible mining, we have to also reform our mining related institutions and eliminate the conflicting roles that have sometimes hindered their operations. We also need to provide the regulators with the power to prosecute offenders in their enforcement of the laws and regulation since under Act 703 as amended, the regulators do not have the power to prosecute unless through another authority,” Mr. Niber said.

“The mining regulators and related institutions should also be allowed to work if we are to make any headway. The institutions should be allowed to implement the laws and regulations governing the sector without fear or favour irrespective of who is involved and without interference from the powers that be if we want to put this issue of galamsey and irresponsible mining in this country to rest,” he added.

Mr. Niber further called for sanctions for the head of agencies found culpable of facilitating the work of illegal miners in the country.

“We should equally be ready to sanction any person in these institutions who are complicit or involved in any act of impropriety or illegality or condone the perpetuation of illegality by any person or company.”

The forum was held at the La Palm Royal Beach Hotel in Accra on Wednesday and was on the theme: “Mobilizing national efforts for responsible mining.”

Citi FM some few months ago began a #StopGalamseyNow campaign in a bid to put pressure on duty bearers to stop person engaged in small-scale illegal mining to halt operations.

This follows predictions by analysts that Ghana may soon import water from neighbouring countries of such activities are not checked immediately.

Below are the demands of Citi FM: