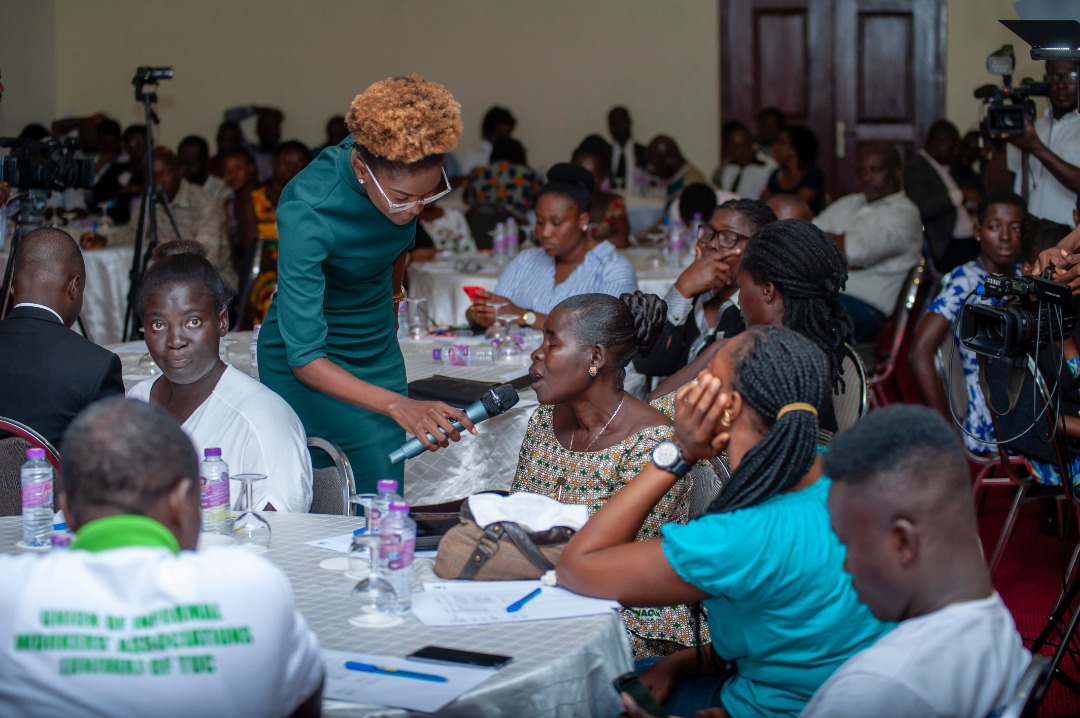 BY: Timothy Ngnenbe
Wacam, a civil society group, has advocated a review of the country’s mining laws to include specific provisions that protect the rights of women in the mining sector.

The association said even though women performed a lot of mining activities, the current mining regulations had failed to recognise their rights.

In advocating a review of the mining regulations, WACAM is rallying support from civil society organisations (CSOs), lawyers, gender activists and other stakeholders to develop and make policy recommendations to the appropriate authorities.

WACAM’s position came to the fore at a public forum it organised in Accra yesterday on responsible mining. Speakers at the forum underscored the need for a concerted effort to incorporate gender and women’s rights into the laws on mining.

The Associate Executive Director of WACAM, Ms Hannah Owusu Koranteng, said a number of research conducted by the association and other bodies had shown that only three per cent of women in the mining sector received compensation.

She said it was important for all stakeholders to support a review of the mining laws and make them gender sensitive.

“Women are human beings and need to have rights in the mining sector since they are part of the vulnerable group that bear the brunt of mining activities,” she said.

The Executive Director of the Centre for Public Interest Law, Mr Augustine Niber, said all the mining sector
policies, including the Minerals and Mining Act, 2006 (Act 703) and the amended version (Act 900), as well as other regulations had failed to recognise that women were part of the society and needed to be included in the mining laws.

“If you go through those documents, you will realise that women are not mentioned anywhere there. If you go to the institutions also their boards which are required to take decisions on mining do not also have enough women participating on them and this is sad.

“Again the composition of the board at the Minerals Commission only has space for two women; the Environmental Protection Agency (EPA) has provision for one woman out of a 13-member board and this is not good,” he said.

He said a perusal of the mining regulations will show that there were not enough provisions for compensations, empowerment and other livelihood issues that concern women.

“We need to review the policy to reflect the current need for women to be empowered. There are several policy documents on mining in the West African sub-region, making it necessary that our national laws on the industry are incorporated into them and consideration given to gender mainstreaming,” he said.

The Dean of the School of Development Studies of the University of Cape Coast, Dr Emmanuel Tenkorang, said there was ample evidence to buttress the point that women needed strong policy support to earn their rights.