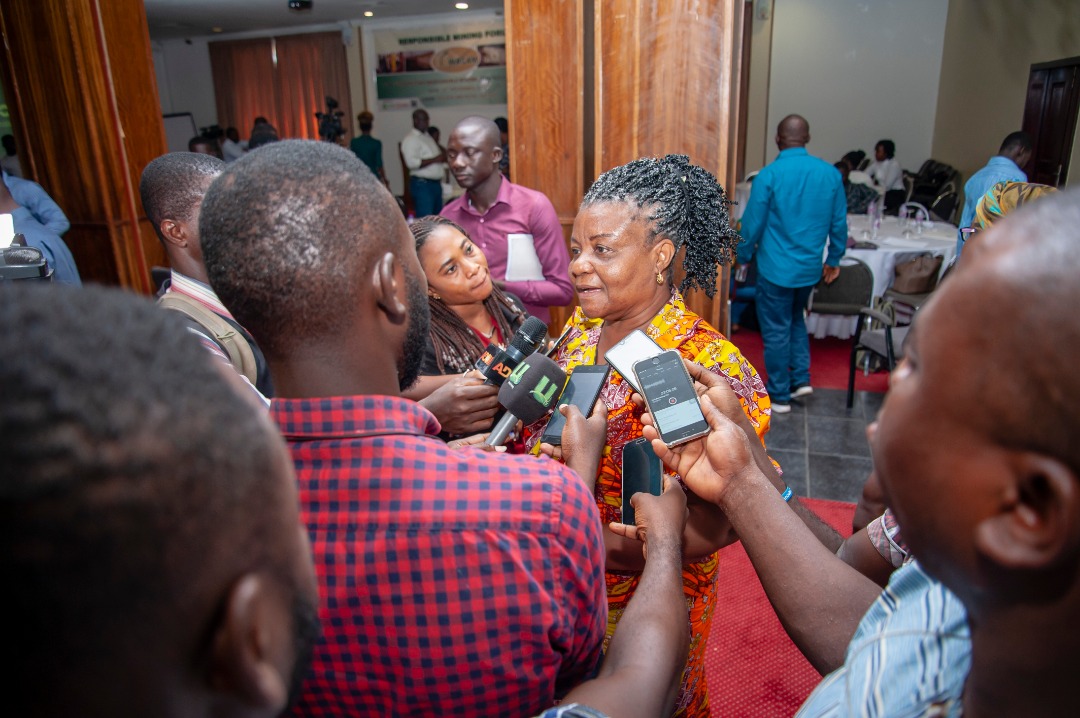 The dictates of the third jungle boom (third gold rush) resulted in a technological change of the operations of mining in Ghana from underground mining to surface mining where large tracts of agricultural lands were ceded to mining concessions with the use of cyanide in the Heap Leach method of gold extraction.

Unlike the underground mining which permitted other land use activities such as farming, the surface mining operations was associated with land use conflicts especially in agrarian communities.

Many mining communities were deprived of access to clean water because their rivers were polluted through cyanide spillages, seepages, diversion of rivers for mining operations and the establishment of mining pits at the headwaters of rivers that were for the communities.

Surface mining operations were carried out in areas considered sacred by indigenous people including forest reserves and cemeteries.

The social, economic, environmental and cultural problems associated with surface mining operations worsened the poverty, led to loss of human dignity and perpetuated the vulnerability of the host mining communities.

Responses to the problems of the third gold rush

The Wassa Association of Communities Affected by Mining (WACAM) now known as Wacam started as a small community-based mining advocacy organisation in the Tarkwa mining area and was officially launched at the Fiase Cinema Hall of Tarkwa on 5th September, 1998.

The community mobilisation work which laid the foundation for the development of Wacam begun around 1992 when the third gold rush attracted about eight (8) multinational mining companies to locate in the Wassa West District for surface mining operations.

The launching of Wacam on September 5th 1998 was to outdoor an organisation that had been founded on the vision of building capacities of host mining communities to protect their rights and harness the collective efforts of mining communities in the Wassa area through organisation, rights education, community empowerment, community-based advocacy and national sensitisation to reform the mining laws and policies to hold multinational mining companies accountable on responsible mining principles.

At the onset of the third gold rush, the mining communities were organised around traditional structures which became targets of co-optation by the mining companies.

In the period of the third gold rush, we were working as agriculturalists who had contacts with the peasant farmers affected by surface mining operations and our awareness on mining issues in the transition from underground mining to surface placed us in a unique position to be actively involved in supporting the struggles of the vulnerable farmers to protect their rights.

As the coverage of the activities of Wacam expanded to other regions of the country, it became necessary to change the name of the organisation in 2008 from the Wassa Association of Communities Affected by Mining to simply Wacam which is close to the Akan translation of being “bitten” or “disturbed”.

Historically, the Late Ibrahim Issahaku, Baba Umaru Tsalhatu, Prof. Ralph Asabere, Ralph Agbaleneyo, Mike Bugri, Daniel Owusu-Koranteng, Hannah Owusu-Koranteng (Mrs) and Daniel Amoah were part of the original foundation builders of Wacam who made a proposal to bring together some members of the mining communities that had been organised by Wacam to a Christmas party in 1996 to tell their story to a number of guests at the party as a way of raising funds to support the work of Wacam.

An amount of 63,000 Cedis (about GHS 7) which was raised at the party was the first external funding which supported Wacam’s community work.

Wacam’s achievements must be measured against the strength of the forces opposed to the work of the organisation. The mining lobby is a very strong one with national and international connections to advance the interest of the multinational mining companies.

Wacam activists have experienced intimidation and threats from state security operatives and security personnel of the mining companies.

In some cases, Wacam activists have suffered unjustifiable arrest and detention in the course of their work.

A case in point is the arrest and detention of six (6) Wacam activists who were having a community meeting in Yamfo on 27th November 2006.

They were arrested and remanded in prison custody for almost two weeks for organising a meeting with Oxfam America staff from Senegal.

Personally, the writers have experienced intimidation including death threats in the course of their mining advocacy work.

Wacam has gained tremendous mining advocacy experience which had been shared with the broad spectrum of the Ghanaian society and other countries in the sub region and at the global level.

Over 5,000 people have benefited from the training of Wacam to date and this has contributed to the diffusion of knowledge on mining issues in our society.

The work of Wacam has contributed to the level of awareness on mining issues in Ghana which had helped to improve the fiscal regime of the mining sector.

Wacam has been at the forefront of holding the mining companies to the principles of responsible mining practices and promoted the Free Prior and Informed Consent (PFIC) as an acceptable decision-making tool that would help mining communities to define their development options as to their objection or preference for mining.

At the launch of Wacam on 5th September, 1998, Wacam was working with 17 communities in the Wassa area. On the 20th anniversary of Wacam, the number has increased to over 120 communities in Eastern, Western, Ashanti, Brong Ahafo and Northern Regions of Ghana.

The community-based mining advocacy model of Wacam has empowered community people especially women to protect their rights based on the knowledge of the mining laws and conventions ratified by the government of Ghana.

Based on Wacam’s empowerment programme for its Women activists, some members of the Wacam Women’s Committee were encouraged to contest in the District Assembly elections.

Currently, about 10 women activists are Assembly and Unit Committee members in their communities and influencing decisions at the district assembly level.

Under the Victims Support programme of Wacam, some community people who were victims of human rights abuses of mining companies were provided support for medical care and education.

Wacam has been able to negotiate adequate compensation for many victims of human rights abuses of AngloGold Ashanti Obuasi mine.

Wacam has been able to hold mining companies responsible for cyanide spillages. There are examples of such campaigns on cyanide spillages of Goldfields Ghana Limited, Newmont Ahafo Mine, Golden Star Resources (Bogoso Mine) among others.

We are proud of the achievements of Wacam but we are quick to accept that the achievements that Wacam has chalked in the past twenty years have been made possible by the support of many individuals, community people, NGOs, Funding partners, Faith-based organisation, and the media among others.

We are grateful to organisations such as Oxfam America, OSIWA, Ford Foundation, DKA-Austria, FIAN International, CARE Ghana, TWN, CEPIL, CEIA, GJA, and Pontifical Council for Justice and Peace, State agencies among others.

Daniel Owusu-Koranteng is the General Secretary of the Maritime and Dockworkers’ Union and the Executive Director of Wacam (Part Time).

He is a Human Resource Development (HRD) Specialist and an ADR Practitioner. Hannah Owusu-Koranteng is an Associate Executive Director of Wacam and an Environmentalist/Human rights activist.