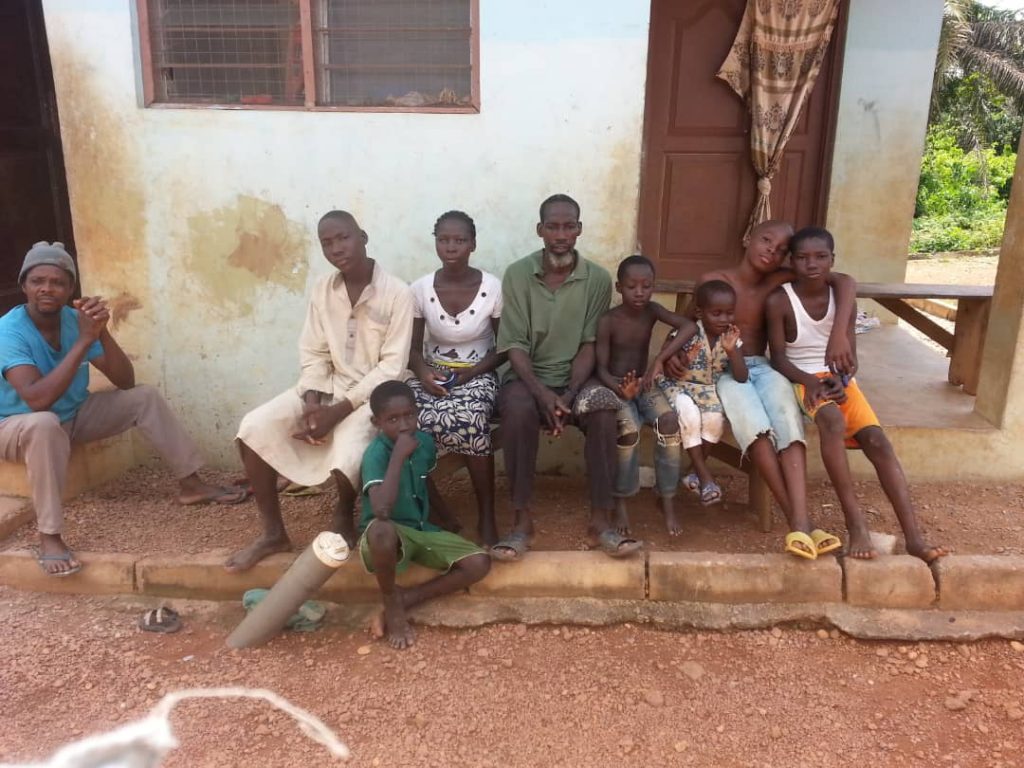 Our Living Conditions Here Are Poor! Residents of Ayanfuri Resettlement New Site Cries Out But Perseus Mine Rubbishes Allegations

A cross-section of inhabitants at Ayanfuri-Kakrayebedie, the farming and gold mining community in the Asuagyah South District of the Central Region who were resettled to Ayanfuri New Site by the multi-national gold mining company, Perseus Mining Ghana Limited (PMGL), have for the first time broken silence over the details on how the company’s resettlement initiative had largely impacted negatively on their daily living conditions.

According to them, they were pointing accusing fingers at PMGL for largely contributing to their current poverty situation because the company under the Minerals and Mining laws in the provision of land access resettlement agreement was mandated to relocate them to the sustainable alternative lands since the residents are farmers.

The lack of alternative lands to conduct their farming activities, the residents lamented has made them be greeted with serous hunger and poverty, making their living conditions ranging from the very bad to worst.

Aside the lack of farmlands within the resettlement area of the residents at Ayanfuri new site, the visibly worried residents recounted that “we the two hundred (200) people who were being the first persons to be resettled by the PMGL are facing a number of serious problems here which includes erosion, floods, lack of public toilet facility, lack of market centre, lack of lorry station and lack of recreational centre among others. So that is why we are crying that our current living conditions here are becoming very worst,” they added.

They bemoaned that “even the standard of many housing units of the toilet suckaway channels at Ayanfuri resettlement project site have been choked, thereby making the majority of them to ease themselves in the bushes.

The residents who were said to have greeted with serious hunger expressed these sentiments whilst speaking in an interview with this reporter during his three days visit to Ayanfuri township to conduct fact-finding investigations to authenticate the complaints by the mining-affected residents at Ayanfuri-Kakrayebedie.

Unfortunately, the residents who said were worst hit of the current difficult challenges at Ayanfuri new site were occupants of the buildings number B22, E1, C49, C25, C20 B21and C13 and others.

Narrating his ordeal in an interview with this reporter, an occupant of building number E1, Mr Ali Issaka who is a father of twelve (12) children stated that he together with his children are rocked with a serious hunger since they were moved to the resettlement area because he didn’t have any alternative land to farm.

Being a seasoned farmer, Mr Isaaka noted that “at the time that l am in my previous location at Ayanfuri-Kakrayebedie l do not buy maize, cocoyam, cassava, pepper, tomatoes, garden egg, okro, and eggs.

“This is because l grow these products in my farms and that these products are what l used to take care of my children in my house. But since we have been moved to this place, l have been buying all these farm products which development was adversely affecting our living conditions,” Mr Issaka lamented.

He maintained that at his previous location at Ayanfuri Kakrayebedie, he was rearing animals and birds before he has been resettled by the company to their present location.

He stated that “We are an agricultural community and we want to remain as farmers hence we are demanding that the company should give us the lands to farm on.

“We the people in Ayanfuri – Kakrayebedie are farmers who usually engage in the production of food crops such as maize, cocoyam, cassava and cocoa, but when the company resettled us we do not have sustainable alternative lands to grow these aforementioned farm crops so our living here is bad since we have to buy every foodstuff,” Mr Issaka lamented.

Another occupant of building number B22, Madam Effiah Twumwaah who is the mother of nine children lamented over the difficult life experience they had been encountering in their new location at Ayanfuri new site.

“I am not working but the little money some people gave to me to buy foodstuffs and eat have been generally spent to execute much maintenance works like changing the keys of the doors including the buying of pipes of the toilet suckaway channels of the buildings that the Perseus Mining Ghana Limited has built for us as the resettlement compensation packages,” Madam Twumwaah also lamented.

For his part, an occupant of the building number C13, Mr Kwadwo Aiddo who doubles as the Unit Committee Chairman of Ayanfuri Kakrayebedie has also recounted the same difficult life situation.

He stated that although the standard of building materials such as cement, gravel, sand and blocks used to build the housing units for them are of high qualities, he strongly finds a problem with the non-availability of gutters along the access roads and non-quality standard of various keys and wooden doors of buildings within the company resettlement area.

In a quick riposte, the Senior Resettlement Coordinator of PMGL, Mr Benard Kwabena Adjei and the Settlement Officer of PMGL, Mr Julius Owusu described as pathological lies, outrageous and mischief the claims by the residents to the effect that the mining company resettlement initiative had impacted negatively on their daily lives.

They indicated that per the Minerals and Mining laws, the company cannot be held responsible to foot any bill or to order for the repairs of any destruction caused on the building structures of the residents in the resettlement area after one year since the company has already handed over the buildings to the mining-affected residents for the past four years ago.

According to them, the residents are making such misleading information out of their ignorance of the Minerals and Mining laws, noting that the insurance of the buildings defects liability period under the provision of the resettlement compensation agreement in Mineral and Mining laws is six months.

Although the company has devised human-centred measures to increase the period to one year, ostensibly to ensure the safety guarantee of the buildings of the residents, the two stressed that the residents could not take advantage of that initiative to be putting pressure on the company to come to do the current defections caused on the buildings.

According to them, there are no mining-affected resettlers in the gold mining host communities in the country who enjoys good lives than the residents in the PMGL resettlement new site at Ayanfuri Traditional Area.

On the claims by the residents that they do not have lands to farm at the Ayanfuri New Site, Mr Adjei and Mr Owusu described the residents serial lies, saying that resettling of the residents to the area have even given an advantage to them since most of them have their farms near the new resettlement site.

“Even at the time that these residents were starting in their previous location at Ayanfuri Kakrayebedie community, majority of them were farming near Ayanfuri resettlement new site. So where are these allegations also coming from? It must be disregarded,” they stressed.

On the claims by the residents to describe parts of the resettlement area as the water prone or waterlogged, Mr Adjei and Mr Owusu vehemently rubbished that assertions and called on Ghanaians to ignore the statement of the residents.