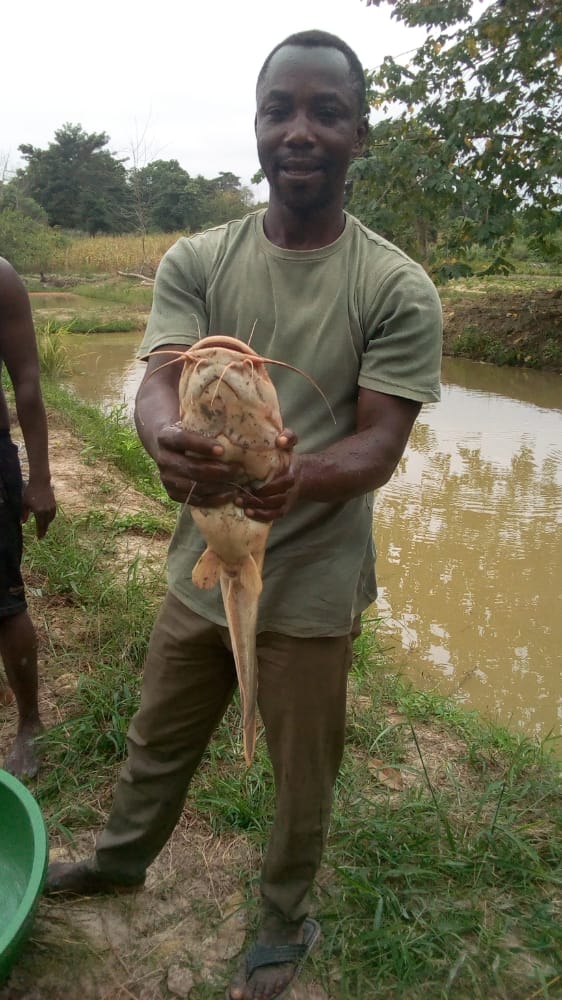 There seems to be a turf war stoking as residents, predominantly farmers at Yamfo, Afrisipa,Susanaso ,Techire and Adrobaa (YASTA) in the Tano North Municipality of the Ahafo Region are boiling with anger at the management of the Newmont Ahafo North Mine, a subsidiary of Newmont Goldcorp Limited.

The aggrieved residents numbering about eight hundred and forty (840) stated that they are lacing their boats to stage a massive demonstration against the multi-national gold mining company of what they described as "unfair negotiation compensation packages and cheating."

The residents could not fathom why the managers of the Newmont Ahafo North Mine would devise diabolic move to cheat them in compensation packages in the proposal in its new gold mining operations expected to be carried out in five major towns -Yamfo, Afrisipa, Adrobaa, Techire and Susanaso in the Ahafo Region.

They pointed out that the company’s Ahafo North mine concession is expected to cover 4,000 hectares of land at Yamfo, Adrobaa, Susuanso, Terchire and Afrisipakrom communities in the Tano North Municipality.

It will include the construction of a stand-alone Ore Processing Plant, and ancillary facilities, such as sediment control structures, ore, waste rock and topsoil stockpiles, tailings storage facility and water storage facilities.

The project would also divert about 11-kilometre Afrisipakrom-Terchire road on the Sunyani-Kumasi highway, because of the huge impact of the mine on the areas.

They indicated that the impact of the new gold mining operations of the company would adversely affect their buildings, water bodies, farmlands as well as other social vices in the affected communities, hence our calls on the company to engage more locals in their operations.

They noted that the consequences of the mine were enormous, and the company must also provide enough and adequate alternative livelihoods opportunities for the people.

Most of the residents who spoke to Daily Analyst said they have learnt great lessons from other mining communities and called on the company to do more to enhance their socio-economic livelihoods.

In a recent fact-finding mission to these communities by Daily Analyst, the leadership of the residents in the persons of Mr Adu Yaw Joseph, a poultry farmer and Mr John Mensah, the fish and poultry farmer disclosed the plans of the managers of the gold mining company to cheat them in their compensation packages.

They stated that the Ahafo North gold mining project in its plan to mine in these communities has decided to embark on what is term as farm parcel and land ownership survey.

They explained that "This is where each landowner will be given a document.

The Company’s mapping of the land

In line with this exercise, they pointed out that the mapping contours of each farmer’s boundary line would be taken.

"The farmer should come to the bush with his/her identity card and after that, a picture of the farmer would be taken against his or her farms.

"The landlord or landowner, chief farmer/representative, the chief of the community or representative will sign at the farm," they explained.

The residents issue with Newmont Agenda

The affected residents noted that having sensing danger of the diabolical agenda of the company in its new mining operations in their areas, "We went to Kenyasi of where the multinational gold mining company is mining now in the region to enquire what has gone on so far.

"And what the residents of Kenyasi also told them was that they realized that they have written in their documents” fish ponds without fish. This was a wake-up call to us. If at Kenyasi they were deceived by Newmont this way, what shows that ours will be different," the residents YASTA told Daily Analyst in an interview.

According to them, the Minerals and Mining acts do not separate farm survey and crop mapping, stressing that this is done after a permit is issued.

"The minerals and mining act state that valuation officer a surveyor and
the company knows that most of our indigenous are illiterate but they are to sign in the bush but the content of the document is as at now a secret.

"How can you let someone sign something that they don’t understand and no literate in the community knows anything about," they queried.

They stressed that If it is the boundaries of our land that the Newmont wants to take, why will the farmer, chief farmer, or Nananom sign."

According to the residents of the soon to be operated Newmont Ahafo North mine, this exercise is purported to swerve the payment of our project on the land.

They asserted that when the managers of the company recently
engaged with them in these communities, majority of them have resisted the plans of the company to carry out a mapping exercise on their lands but the company wants to take this exercise just to cheat them when it come to their compensation packages.

"If the company didn't have any hidden agenda why is it is still insisting to do so," the residents further asked.

They noted that the consequences of the mine were enormous, and the company must also provide alternative livelihoods opportunities for the people.

In this regard, the residents advised the company to desist from this exercise.

They stressed that they want the Newmont to start crop identification mapping and marking of structures and fish ponds on the land together.

They further stressed the need for the company to desist from the diabolic agenda of not paying compensation to the structures on the land before "we pour our wrath on the company."

"We are sending these messages to the Ahafo Regional Security Council, National Peace Council and civil society organizations in Ghana to come in, we want to state that this is the time. We should not wait for riots before peacemakers come in. If an elephant is standing on your brother’s foot and you say you want peace so you wouldn’t speak of it, it is injustice.
On this note we reject this mapping exercise and also will not show up on the said date," they stressed.

They emphatically stated that "We are not against the company’s coming and we are sending the information to everyone to bear us witness that we have chosen to live peacefully with the Newmont Mining Company. But if the company wants to push us well, then we have no option but to resist the company move."

The residents asserted that they have learnt great lessons from other mining communities, and called on the company to do more to enhance their socio-economic livelihoods.

Mrs Comfort Yeboah, a resident of Yamfo, who led the charge appealed to mining regulatory authorities to ensure that the operations of Newmont Gold Corporation Limited do not replicate what they termed "the mining curse" in that enclave.

She explained that their source of livelihood (farmlands) would be taken away, following the mining activities, and therefore, demand better alternative livelihood empowerment initiative from the mining company.

This came to light during a public hearing on the proposed Ahafo North gold mining and processing project organised by the Environmental Protection Agency (EPA) at Yamfo recently.

Mr Richard Ofori, a teacher, on his part, said the impact of the mining operations would affect their buildings, water bodies as well as other social vices in the affected communities, and called for adequate compensation packages for the people.

The Omanhene of Yamfo, Nana Ansah Adu Baah, urged Newmont Gold Corporation Limited to abide by the rules and regulation given them by the regulatory authorities to ensure peace and stability of the area.

The Regional Newmont Ahafo North Project Director, Mr Steven Petrofes, however, assured the people of Yamfo, Afrisipa,Susanaso,Techire and Adrobaa of responsible mining as had always been the core mandate of the Newmont Gold Corp Limited.

He said the company's ultimate aim was to ensure that the project fell "in line with their policy of creating value and improving lives through sustainable and responsible mining".

Mr Petrofes also said in line with their integrity value of being ethical and respecting the customs, cultures and laws wherever they operated, and in fulfilment of the regulatory requirement, the company had through consultants working together with stakeholders, addressed concerns that might come up along the way.

Mr Petrofes assured people whose life would be directly or indirectly affected by the mine’s operations of adequate compensation packages.

He, therefore, pledged the company’s commitment to construct a standard road network that would connect to the main highway, and facilitate easy movements of the people and their socio-economic activities.

“The diversion is a necessary measure to avoid interferences with the operation and ensure the safety of the road users.”

Mr Petrofes said the proposed Ahafo North project was one of the key growth projects for Newmont Goldcorp Company.

“Our purpose as a business entity is to create value and improve lives through sustainable and responsible mining and in delivering on this commitment we are guided by our established values of safety, integrity, sustainability, inclusion and responsibility”, he said.

“Newmont Goldcorp’s ultimate aim is to ensure that this project creates shared value in the areas of employment and other socio-economic benefits to our communities and the country at large, in line with our purpose of creating value and improving lives through sustainable and responsible mining," he stressed.

He was speaking at a public hearing on the scoping report and draft terms of reference of the Mine held at Yamfo.