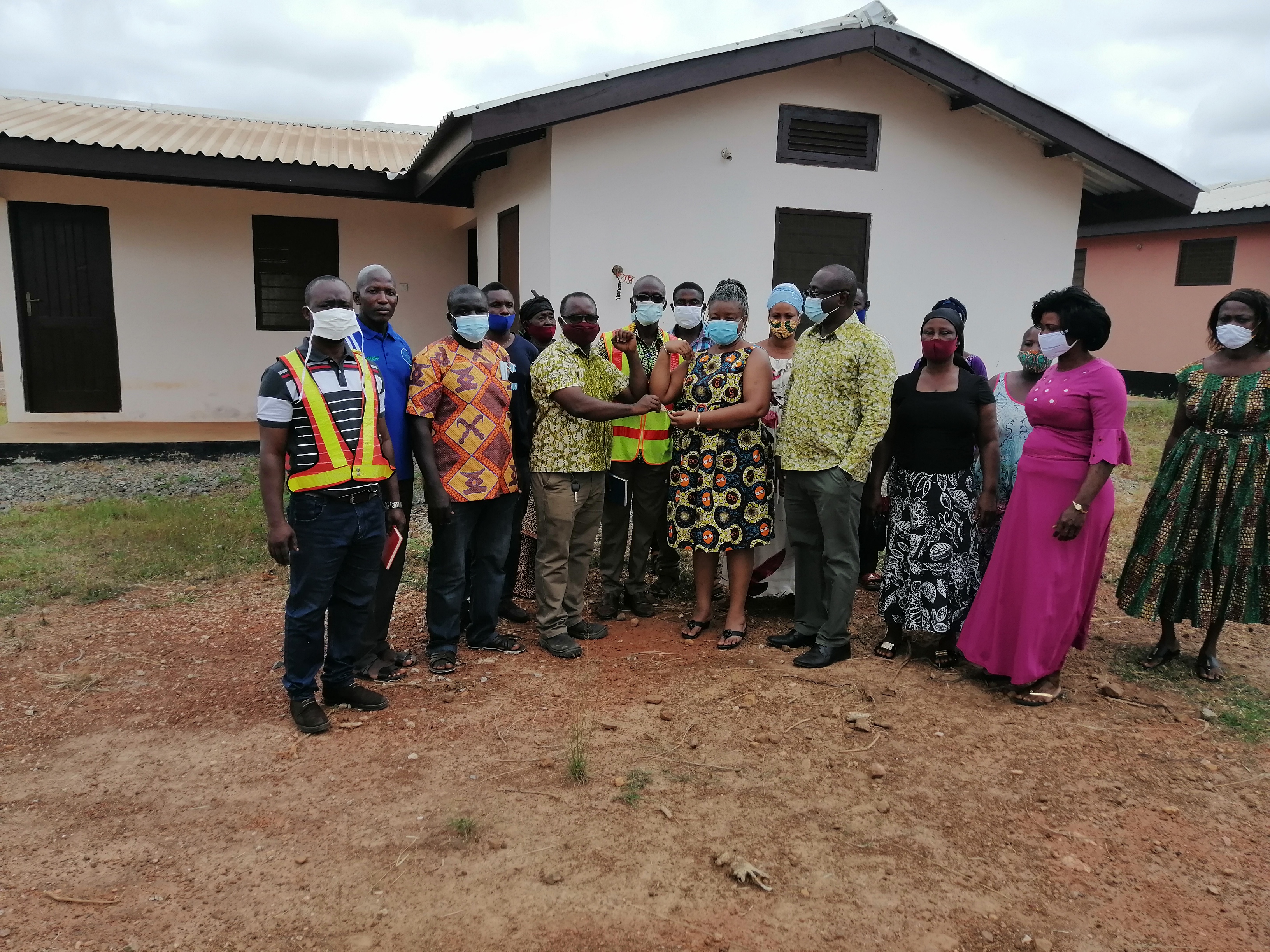 Twenty-five households in Dormaa Kantinka who were in litigation with Newmont Goldcorp Ahafo Mine over non-payment of compensation for the past eight years have received full resettlement of their buildings. These buildings were handed over to them by a joint team of Wacam, CEPIL, Newmont officials and officials from the district assembly. The affected people were also promised of the payment of their rent arrears by the end of the month of September. The community until the order by the Minister to be resettled had been subjected to various forms of pollution by Newmont in its Ahafo mine area. Wacam and CEPIL were mandated by the households to represent them in litigation and negotiation engagements with Newmont in securing the resettlement package.