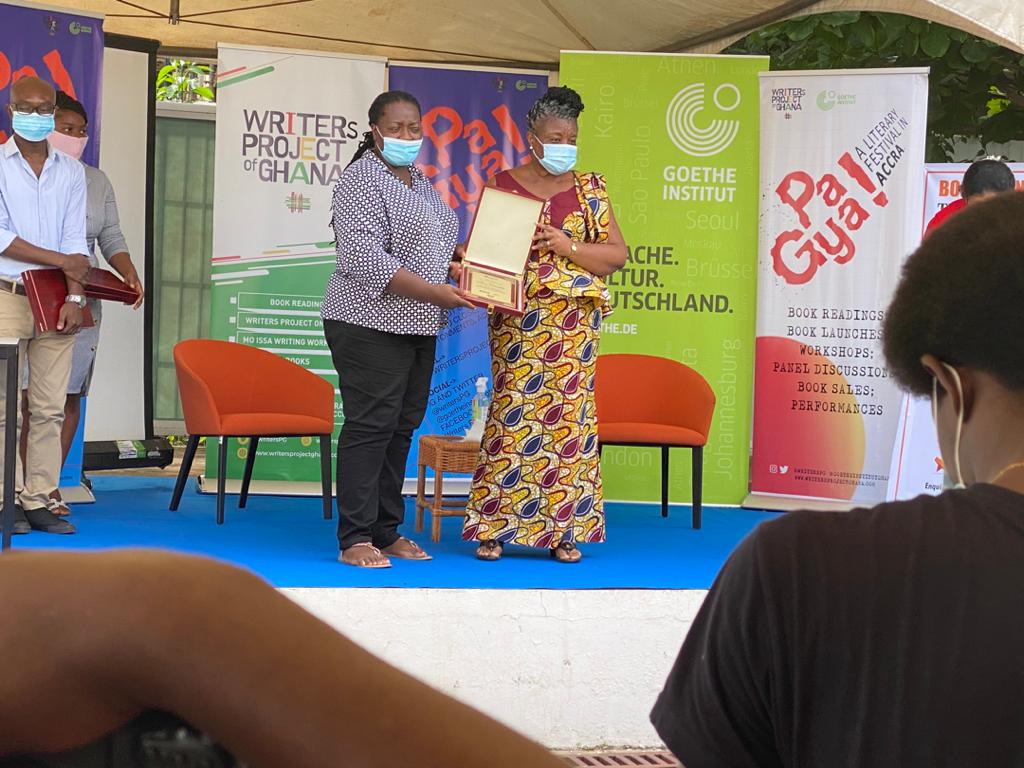 Hannah Owusu-Koranteng, the Associate Executive Director of Wacam has won the First Prize of the Abena Korantemaa Oral History Prize of the Writers Project of Ghana for 2020.

The Abena Korantemaa Oral History Prize of the Writers Project of Ghana is sponsored by Makeda PR and the Sankofa Girl and was named after Madam Abena Korantemaa who worked variously as a trader and became recognized among women traders in the Kwahu area as an embodiment of hope and empowerment of women traders.

She continued to perform leadership roles, advising various market women, and resolving their disputes even when she was over a hundred (100) years.

The Lifestory of Mrs Hannah Owusu-Koranteng which was submitted for the award by Aseye Tamakloe was about her courage and conviction to use non-violent approaches to confront the power of mining companies and using indigenous knowledge to protect the environment and passing on the knowledge gained to future generations.

Mrs Hannah Owusu-Koranteng has received similar awards in the past in recognition of her work among vulnerable people.

In March 2015, she received the “Right the Wrong” award of OXFAM in Boston USA for promoting the leadership of women in communities affected by mining in Ghana and mentoring new female leaders and being a voice for rural people especially women.

Mrs Owusu-Koranteng congratulated the organisers of the Abena Korantemaa Oral History Prize of the Writers Project of Ghana for recognizing women who are working at the grass-root level to improve the lives of ordinary people especially women.