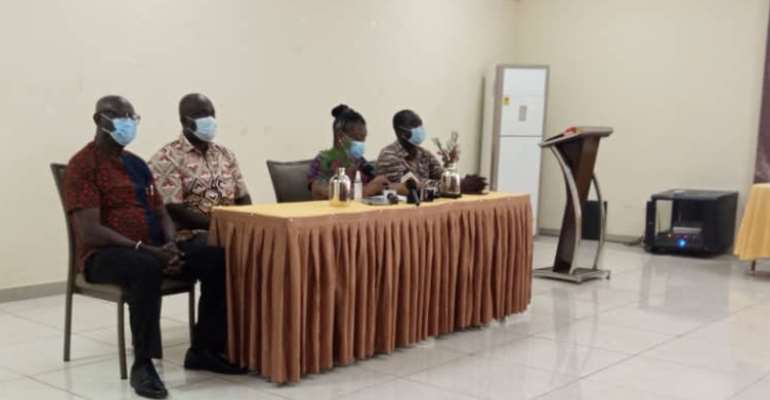 Wacam says, government has a major responsibility to protect Ghana's forest reserves and the environment in general.

According to WACAM, prioritizing the profiting business of mining to the neglect of the importance of protection of the environment is worrying especially when Ghana is struggling to find solutions to the countless social, economic and environmental problems associated with increased irresponsible surface mining operations.

A joint statement issued by WACAM together with Centre for Environmental Impact Analysis (CEIA) and Centre for Public Interest Law (CEPIL) at the celebration of World Earth Day noted, “Human activities such as mining and other polluting industries, commercial agriculture among others have depleted the important resources of the earth. Environmental issues such as clean air, clean water, depleting forests and endangered species among others have become topical issues that need collective actions to address.”

The celebration of the World Earth Day 2021 is under the theme, “Restore our Earth”.

“We are of the firm belief that if government halts the policy contradiction of granting permits for mining operations in forest reserves, it will mark the beginning of restoring the integrity of our forests.”

According to the statement, it is estimated that the total forest cover of the country has reduced from 88,000 km2 in 1938 to about 15,800 km2 to 17,200 km2. “The reduction in forest cover has resulted in habitat loss which is important for the maintenance and protection of biological diversity.”

As a result it has expressed “unhappiness about the continuous mining activities in our forest reserves.”

“...we wish to call on the government to place a moratorium on the granting of mining leases and permits for all surface mining operations in Ghana as we engage in cost-benefit analysis which takes into consideration the social, economic, cultural and environmental costs of mining.”

It emphasized that the celebration of the World Earth Day presents Ghana an opportunity to re-think about the effects mining activities has on the country.

The group said, based on the President’s commitment at the national consultative dialogue on small scale mining to pursue environmental justice, “they call on government to halt attempts to de-gazette portions of Globally Significant Biodiversity Areas (GSBA) in the Western Region in particular and other areas for logging.”