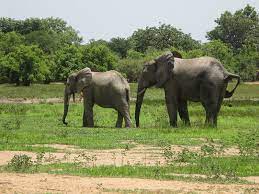 Three Civil Society Organizations led by WACAM have issued a counter-statement setting the records straight on mining activities near the Mole National Park in the Savannah Region.

WACAM accused the Minerals Commission of “granting mining exploration right” to Azuma mining company to explore gold near the Mole National Park in a statement issued during the “World Earth Day” commemoration.

Meanwhile, a rejoinder by the Chief Executive Officer (CEO) of the Minerals Commission has denied the allegations saying it has not “granted mining permits” to any mining company to mine near the Mole National Park.

According to the Minerals Commission, the accusation was captured in a statement issued by the CSOs on the “World Earth Day”.

However, in a quick rebuttal, WACAM indicated that the initial statement goes contrary to the allegations made by the Commission.

Per the statement by WACAM, it emphasized on “mining exploration right“ and not “mining permit” as claimed by the Commission.

The statement whiles setting the records straight further noted that granting exploration right to mining companies near the Mole National Park will affect the integrity of the park.

"The granting of mining exploration rights near the Mole National Park will affect the integrity of this important National Park because of the elephant corridor used by the elephants to commute between the park and Burkina Faso.

“Whilst commending government for issuing a Directive to suspend Reconnaissance and /or prospecting activities in all forest reserves across the country, we reiterate our call on the government to stop mining activities in forest reserves and to place a moratorium on the granting of mining leases and permits for all surface mining operations whilst we assess the cost of degradation and prescribe remedies.

"It has however urged “In the spirit of partnership in this critical period when the country is trying to work together to find solutions to the many problems around surface mining, it is expected that the Minerals Commission will adopt the approach of working closely with CSOs.”